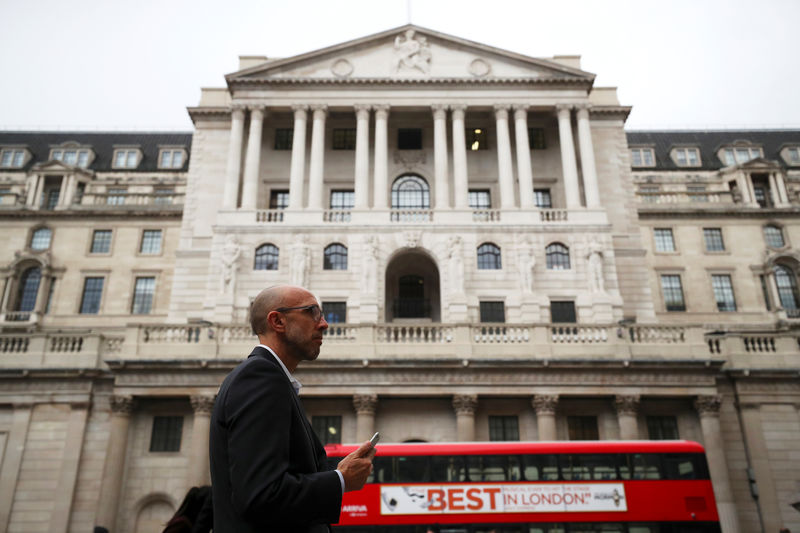 Investing.com – The pound rallied to a one-week high on Monday as the Bank of England pushed back against the prospect of negative rates, while hopes the UK and EU can reach a deal post-Brexit deal also improved sentiment.

Bank of England deputy governor for markets and banking governor policymaker Dave Ramsden said that while the BoE was "duty bound" to review negative rates as a potential policy tool, it was not expected to cut rates below zero "imminently."

"For me, I see the effective lower bound still at 0.1 which is where Bank Rate is at present," Ramsden said in an interview with Britain’s Society of Professional Economists posted online.

The move helped calm investor jitters the BoE is on a path to cut rates below zero after the bank's monetary policy committee Silvana Tenreyro said there was evidence that negative rates had proved effective.

Sentiment on the pound was also helped by tentative hopes the EU and UK will be able to resolve their differences as both sides are set for a final round of trade talks underway before the EU summit in mid-October.

The United Kingdom continues to reiterate that it is unlikely to budge over key sticking points including fishing policy and the commitment to a "level playing field" in competition.

The U.K. has made it clear it wants to regain control over access to its waters and fish when the Brexit transition period ends, rather than stick with the EU's common fisheries policy, which sets fishing quotas for EU member states.

While the EU has hinted it is willing to compromise on some issues, the economic bloc has reiterated it would not agree to any measures that threaten the four freedoms – goods, people, capital, services – of the single market.

The UK-EU relations has also been further soured by the British prime minister Boris Johnson's move to push through an internal market bill that undermines the Brexit withdrawal agreement.

There might be 'hints' of progress ahead of the European Council meeting on 14-15 October, but it may end up being more posturing before the can gets kicked down the road again for another two weeks a la Brexit tradition, Forexlive said.